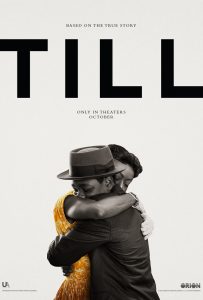 Rarely does a film come along that captures and fuses feelings of outrage and heartache as effectively as “Till does.” Writer-director Chinonye Chukwu’s third feature outing breaks things wide open in her compelling take on the tragedy of African-American Chicago teenager Emmett Till, who was lynched and brutally murdered while visiting relatives in Mississippi in 1955 for whistling at a White woman. This fact-based offering vividly depicts the brutality and injustice of what happened (faint of heart viewers be warned) while simultaneously chronicling the efforts of Till’s courageous mother, Mamie, to protect and champion the civil rights of minorities. As one of the seminal moments in the struggle to protect those who were most vulnerable at a time when many in society were content to otherwise look the other way, this release shows how a fiercely loving and devoted mother forced the complacent to see what was really happening – and creating a grass roots groundswell for change in the process. The film gets just about everything right (save for a musical score that doesn’t quite seem to align with the subject matter), including in the superb period piece production values, writing that fittingly captures the mood and themes of this story, and, most notably, the performances, particularly those of Oscar contender Danielle Deadwyler, Jalyn Hall, Whoopi Goldberg and other cast members. This is a truly important film, one that genuinely lives up to all of its billing and as one of the best offerings of 2022. By all means, please see this one.