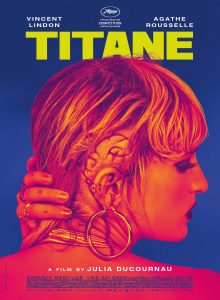 While this utterly out-there cinematic fiasco may do a fine job at generating shock value (though schlock value would probably be more fitting), there’s nothing otherwise redeeming about this exercise in pointless, pretentious crap. With a story line that’s all over the map, virtually nonexistent character development and almost no resolution to any of its diverse narrative threads, this truly is a case of there being “no there, there.” Those who erroneously try to characterize this garbage as high art will likely rationalize away the complete lack of a coherent story or meaningful insights as “unimportant,” but that’s just far too convenient an excuse to justify the validity and viability of this nonsensical trash. Its stunningly odd mix of slasher film elements, cheesy sexual gratuitousness and bizarre horror film tropes just doesn’t cut it, particularly when it’s further enhanced by such peculiarities as a sexually ambiguous fire company, a steroid-obsessed father figure and incidents that bring new meaning to the concept of “auto” erotica. It’s puzzling how director Julia Ducournau’s latest even made it to the Cannes Film Festival, let alone how the picture walked away with the Palme d’Or, the event’s top prize. It has since also been named France’s official selection for the upcoming Oscar competition. Let’s hope that saner heads prevail before that august ceremony and stop the ill-considered madness associated with this travesty before things go any further.