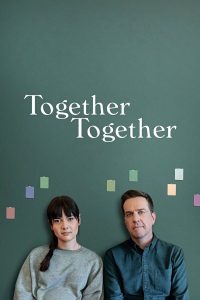 It’s hard to know exactly what to say about this gentle romantic comedy-drama about a middle-aged single father-to-be who begins falling for the 26-year-old surrogate he’s hired to give birth to his child. It’s an on-again/off-again relationship that tiptoes through issues of connection, loneliness, boundaries and love through a lens that seeks to mix strained intimacy, new dad cluelessness and tentative contractual distancing. It’s an intriguing premise that, at least theoretically, pushes the limits of the standard rom-com formula. And, for a story told in three acts, it conveniently draws upon the three-trimester format to pull that off. However, for all these strengths, writer-director Nikole Beckwith’s second feature suffers from several script issues, most notably an opening act whose flow consists mostly of a series of forced, awkward conversations, an abrupt ending that brings new meaning to rushed, deliberate ambiguity, and an overall approach that’s often a little too polite for its own good. Nevertheless, the picture generally becomes more engaging the longer it goes on and features fine performances by newcomer Patti Harrison, veteran Ed Helms and a colorful cast of walk-on supporting characters. Had the film been a little more willing to take chances (especially given its already-edgy material) and tightened up its screenplay with an extra measure of definitiveness, this one could have been a genuine knock-out, but its tendency to play it safe and vague keeps it from being carried to full term.