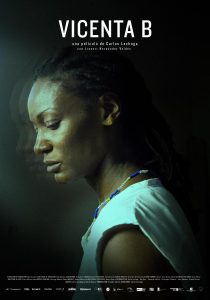 Who does a seer turn to when she needs help? Such is the lot of Vicenta, a respected Cuban spiritual advisor who sincerely helps many people in need but who feels eminently helpless when she suddenly loses her ability to divine the mystical information she so readily shares with them. In writer-director Carlos Lechuga’s third feature outing, the filmmaker explores the mysteries of this esoteric practice and what it means both for those who engage in it and those who seek its special wisdom. The picture raises questions for those on both sides of the equation, especially when it comes to matters like knowing when to help and when to step back, the responsibilities borne by both seekers and seers, and learning how to understand those who truthfully want help and those who don’t. It also examines the transitions that individuals go through in their lives, particularly at the crucial turning points of middle age, as well as what those adjustments mean. “Vicenta B” admittedly meanders a bit and has occasional pacing issues, but, as an offering that takes a rare realistic look at this subject matter, this release genuinely shines, wiping away a lot of the nonsense and misinformation often depicted in films like this. We all need help from time to time, including those who provide it, and this production confirms that with grace, sensitivity and honesty.