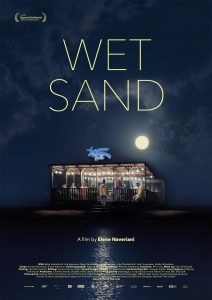 Intolerance and small-mindedness are unpalatable enough in themselves, but, when taken to horrifically unthinkable extremes, they become utterly repulsive atrocities. Such is the case in this disturbing tale of life in a smalltime resort/fishing village on the Georgian Black Sea coast, where those who are different in any way – be it sexually, culturally, religiously or otherwise – are more than just ostracized; they become the targets of abject humiliation, brutal repression, unrepentant discrimination and even physical abuse. To make matters worse, those who inflict these venomous ways on others are often ignorant hypocrites who profess to be pinnacles of moral and ethical standards while openly engaging in acts and deeds to the contrary. Writer-director Elene Naveriani’s second feature outing makes a powerful statement about the revulsive dangers associated with these activities and holds nothing back in doing so, telling its story with formidable performances, chilling writing and impactful cinematography. Admittedly, the pacing could stand to be a bit brisker at times, but the deliberateness with which the tale unfolds simultaneously works wonders for the picture’s rich character development and prevailing mood. “Wet Sand” may not be an easy watch, but it will certainly leave quite an impression, one that both infuriates and inspires anyone concerned about seeing these injustices rectified.