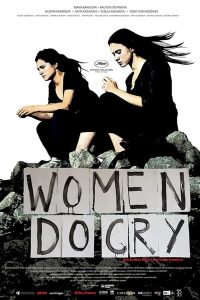 The disrespectful attitudes toward women and the intolerance of gender issues in places like Bulgaria that see such matters only in black-and-white male/female terms (and not even having a word for “gender” in the native language) is undoubtedly troubling, even dangerous. However, such is life for the women of a family in this fact-based story about how they attempt to cope with such issues as blatant misogyny, HIV discrimination and unabashed male privilege at seemingly every turn, notions explored in the latest offering from the filmmaking duo of Vesela Kazakova and Mina Mileva. There’s undoubtedly a rich vein of material covered in this offering, though its presentation in the film is, unfortunately, wildly uneven, with issues related to pacing, focus and occasional overacting. It’s a shame that the execution of the narrative here fails to sufficiently live up to its potential, coming up short in conveying its message. The heart may be in the right place in this film, but, regrettably, that’s not enough.