‘You Are Not My Mother’ 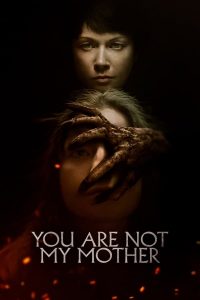 “You Are Not My Mother”

Gosh, who knew that horror stories based on Irish folktales could be so boring and predictable? Well, if one were to see director Kate Dolan’s debut feature, they could find that out for sure. As a vehicle that would probably work better as a film short, this sleepy story of a teen whose mentally ill mother begins acting especially strangely is needlessly stretched out, padded with all kinds of extraneous material that’s not particularly scary, creepy, sinister or intense. And, when the big reveal finally comes, the story is eminently predictable from that point forward, with nothing coming as a surprise. What’s more, the narrative focuses more on the mental illness element than the supernatural, making this seem more like a domestic drama than a bona fide horror flick. Skip this one; you won’t regret it.