What does it mean to be liked? That can be a loaded question, depending on the context. But, in an age of omnipresent social media (and the social ostracism that often accompanies it, which can take myriad forms, again depending on the context), that question can become even more precarious. And, on top of all that, our responses to those circumstances can be truly mind-boggling. These are just some of the issues faced by an insecure citizen in an insecure society in the offbeat new Iranian dark comedy, “Pig” (“Khook”).

Filmmaker Hasan Kasmai (Hassan Majooni) is supremely frustrated. Once one of Iran’s most popular and respected directors, Hasan now finds himself on the outs, having been blacklisted by the government as a creator of subversive movies. Unable to get his proposed projects approved, he’s been relegated to directing TV commercials for innocuous products like bug spray. He still tries to bring his signature style to these “productions,” but it’s not the same, especially when he must sit back and watch filmmakers he considers less talented able to get work.

Hasan is also upset that his star actress (and mistress), Shiva Mohajer (Leila Hatami), is about to be cast in a production directed by one of his rivals, Sohrab Saidi (Ali Masaffa), a filmmaker Hasan considers pretentious, overrated and lacking in ability. Hasan pleads with Shiva to reconsider taking the part, but she says she can no longer wait for his name to be cleared from the blacklist; after several years of patiently waiting for Hasan to return to the ranks of active auteurs, she says she needs the work to maintain her profile and simply can’t wait any longer. 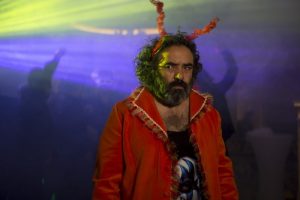 Blacklisted filmmaker Hasan Kasmai (Hassan Majooni) spends his days and nights distracting himself from his troubles by playing tennis, going to costume parties and engaging in other assorted diversions in the raucous new Iranian dark comedy, “Pig” (“Khook”). Photo courtesy of Daricheh Cinema.

As this little drama plays out, however, an even bigger one is unfolding. Mysteriously, a number of Iran’s other filmmakers (especially subversive ones) are being murdered, beheaded in graphic fashion, with the results displayed under highly visible conditions and the word “pig” carved into their foreheads. It’s a subject on everyone’s mind in the public at large and Iran’s film community in particular, including Hasan, but for reasons that aren’t the same as most everyone else. He wonders why he hasn’t become a target himself. He’s “insulted” at being “passed over,” something that only further feeds his insecurities and makes him feel even more “left out.” Most look upon this worry in wonder, believing that he should be grateful for being spared. But not Hasan – he’s tired of being shunned, even under such gruesome circumstances. He consequently seeks ways to get involved in the mystery, hoping it will resurrect his profile and popularity – and maybe even draw the killer his way.

In the meantime, Shiva begins work on Sohrab’s film, a development that infuriates Hasan. He even believes that the director may be trying to woo the actress away from him, a notion that leads to embarrassing public incidents and strained relations between him and Shiva. Needless to, say, Hasan grows even more despondent and isolated.

Others try to cheer up Hasan, such as his elderly, doting, occasionally foul-mouthed mother, Jeyran (Mina Jafarzadeh), who ardently believes her baby can do no wrong and who’s willing to go to extreme lengths to protect him against any threats, no matter how great or incidental. Then there’s Hasan’s longtime friend and tennis partner, Homayoun (Siamak Ansari), who’s willing to indulge his pal’s whims, no matter how looney some of them may be. But, regardless of how much help his supporters provide, they never seem to satiate Hasan’s bottomless appetite for recognition and attention.

As time passes, the heat gets turned up considerably. Hasan finds himself being pursued by a persistent stalker, Annie (Parinaz Izadyar), who claims she’s smitten with the filmmaker and is interested in finding a way of becoming cast in his next production (whenever that will be), even though her unpredictable actions often make these contentions questionable. But, even more troublesome than that, claims circulate against Hasan that he’s killing the other directors (after all, accusers claim, how has he managed to survive while all of the others are dying?). Those accusations get fueled with further speculation when he’s placed near the scene of one of the murders, but, when Hasan is questioned by an investigator (Ali Bagheri), he’s cleared of all suspicion. Nevertheless, when word of his possible connection to the crimes is leaked to social media, he’s tried and found guilty in the court of public opinion, despite the authorities’ finding of innocence. 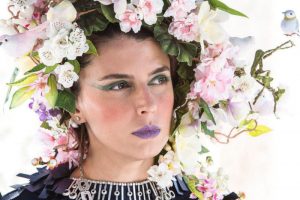 Ironically, Hasan suddenly has more popularity than what he knows to do with, but it’s far from the kind of notoriety he’s been seeking. What’s he to do to clear his falsely accused name and restore his reputation? That’s the challenge he now faces, one that perches him perilously on multiple fronts. And it’s bigger than anything he’s had to confront thus far.

In addressing these issues, the first question Hasan (or anyone else similarly situated) needs to ask is, “Is the popularity we seek worth the cost of what it takes to attain it?” It’s an age-old question in many ways, but it’s become particularly important in a hyperconnected world with ubiquitous social media, on-demand Internet access and constant (if often-uninformed) scrutiny by others. Indeed, is the result truly worthy of the effort needed to acquire it?

That naturally depends on the value we place on this sought-after commodity. And that, in turn, is based on the beliefs we hold on the subject. That’s crucial, because they will determine what arises given that our beliefs are the driving force behind the conscious creation process, the philosophy that maintains we manifest the reality we experience through the power of our thoughts, beliefs and intents.

Given where Hasan is coming from, he has much to sort out for himself. But, before he can implement any corrective measures, he needs to decide what’s most important in his life. What gives him meaning? What provides genuine satisfaction? What does he want for his future? And what beliefs does he need to formulate to realize these outcomes? 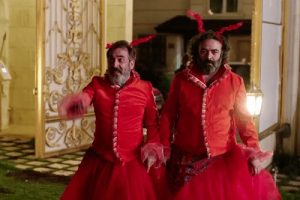 Hasan obviously craves attention and hopes that others like him, partly to get his career back on track, but also simply to rejuvenate others’ appreciation of him as a human being. Those objectives are intertwined with one another to a certain degree, which is why his inability to work is so painful to him. And, because of that, he’s willing to do almost anything to get back on track.

Of course, when we become obsessed like this, we may be tempted to do just about anything to attain our goal, and that may lead to the formation, deployment and maintenance of ill-considered beliefs. That’s apparent, for example, in Hasan’s misguided notion that he’s somehow less of a filmmaker (and, consequently, less of an individual) because the serial killer hasn’t targeted him for beheading. Such a distorted, misguided belief subsequently leads to all kinds of genuinely bizarre materializations, considerations that most anyone in his or her right mind would never seek to manifest. It leads to such wacky developments as his consoling mother trying to comfort him by saying that he needn’t fret about not being sought by the murderer, that he should rest assured that the killer will come around eventually because he’s “saving the best for last” (how’s that for a mother’s love?). It also leads to the stalker’s appearance, the suspicion that Hasan might be a suspect in the killings and his desire to become involved in the case in hopes that his efforts at solving the crimes will help to draw popularity-building attention to him.

What madness this is! Yet, if Hasan is upset with any of these developments, he has no one to blame but himself, since these manifestations are arising from his beliefs. That’s what can happen when we become so focused on an outcome that we give no thought to the consequences that can accompany its materialization. This is un-conscious creation or creation by default in full flower.

So what can we do to avoid this? First and foremost we need to place our faith in the workings of our divine collaborator, our trusty partner in the conscious creation process. When we state a desired intent and then let it go for our co-creator to act upon it, we’re more likely to get the result we want than if we try to manhandle the process, wrestling it to the ground to force our objective into being, a practice known as “pushing the Universe.” As seasoned conscious creators are well aware, the Universe naturally leans in our direction, so we should let it do its work, based on our input, rather than try to control a process that we’re not nearly as adept at managing as our collaborator is. If we’re impatient with the unfolding of the process or try to strong-arm the outcome, we’re likely to end up sorely disappointed, saddled with a distorted version of what we seek, as well as a host of unintended side effects that need to be resolved. It’s a lesson Hasan is sorely in need of learning – and before it’s too late. Indeed, it would seem the beleaguered filmmaker has his work cut out for him. 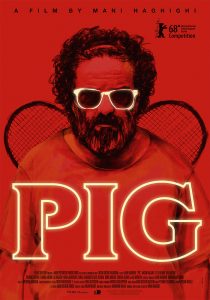 Director Mani Haghighi’s Farsi-cal crime story is quite an unexpected treat. Given the kinds of films that typically come out of Iran, one likely wouldn’t think that a dark comedy such as this would be among the releases. Nevertheless, this hilarious romp serves up big laughs amidst its many intriguing twists and turns. At the same time, the picture delivers a number of insightful, subtle observations about social media, the meaning of fame, and a host of other political and civic issues. What’s more, this exceedingly polished offering resembles contemporary Western releases much more than most of its homegrown peers, with gorgeous cinematography, snappy writing, high-quality production values, and influences from a variety of sources, including music videos, the films of the Coen Brothers and other outlets. The picture has a slight tendency to meander at times, but everything seemingly extraneous ends up playing a part in the end, making for a taut, well-told tale. Sensitive viewers should be aware, however, that there is some graphic imagery in this one; it never gets out of context, but it may still be more than some moviegoers can handle. “Pig” may be a little hard to find, but it’s worth a look if you have the chance.

Many of us would probably say that we’d like to be liked. But at what cost? How far are we willing to go to achieve the popularity we claim to crave? And at what point does the cost become too high? That’s something we each need to determine for ourselves, but the answers may take some scrutiny to determine exactly what we’re willing to do – and how far we’re willing to go – to attain that attention. Be sure to remember, though, as this film sternly cautions, it’s not something worth losing your head over.