‘Bare Necessity’ inspires us to strip away the clutter

How often have you wanted to rid yourself of the unnecessary elements of your life, removing the clutter and seriously focusing only on what’s most important? Like cleaning an overstuffed closet, it’s something many of us say we have to get around to doing one day but somehow don’t manage to find the time – that is, until our hand is forced and we have to do it out of necessity. Wouldn’t it be easier if we made peace with the idea and just went ahead with it of our own volition? Maybe so, but in getting to that point, even the most conscientious among us may find that we need a little inspiration to get started, an issue raised in the delightfully quirky new French romantic comedy, “The Bare Necessity” (“Perdrix”).

Sassy free spirit Juliette Webb (Maud Wyler) is looking for a new home. The independent thirty-something has been on her own since her teens when she and her parents decided they didn’t need one another any more. So, over the ensuing years, she has wandered about Europe (mostly her native France) with all of her worldly possessions – mostly a detailed collection of personal journals – in the back seat of her car. Being unburdened by lots of extraneous stuff, she has been able to remain sufficiently mobile. In fact, her vehicle is about the only material possession on which she absolutely relies. So, naturally, it comes as quite a shock when it’s stolen. 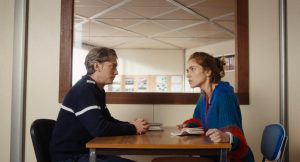 While driving through the sleepy, sparsely populated Vosges Mountains, Juliette stops at a rest area to collect her thoughts and do a little journaling. However, while sitting on a bench not far from her car, she witnesses a naked woman hop into the vehicle and take off, leaving her stranded in what seems like the middle of nowhere. Now what?

Juliette makes her way to the nearest town, visiting the local gendarmerie to file a report about the theft. There she meets the local police captain, Pierre Perdrix (Swann Arlaud), a genial but often put-upon sort who spends virtually all of his time attending to the needs of others, devoting little attention to himself. There’s his eccentric officers, such as Michel (Alexandre Steiger), a lovelorn gay man smitten with the captain. And then there’s his dysfunctional family – his  mother Thérèse (Fanny Ardant), a widowed radio talk show host whose amorous advice call-in broadcast no one listens to; his brother Ju Ju (Nicolas Maury), a scientist unnaturally obsessed with earthworms; and his pre-teen niece Marion (Patience Munchenbach), who’s dissatisfied with her living arrangements and is looking into boarding schools. And now there’s Juliette, who, with no place to stay, shows up unannounced on Pierre’s doorstep, inviting herself in for meals and lodging while the investigation of her stolen car unfolds.

Juliette’s unreserved, often-irritating demeanor doesn’t sit well with Pierre’s family. The captain often finds her abrasive as well, but, curiously, he seems comparatively more tolerant than the others. Nevertheless, she still proves to be a handful, especially in light of all of the other challenges he’s having to deal with, such as a band of World War II history buffs planning to re-enact the town’s liberation from the Germans, a production including tanks and other military vehicles. And then there’s that thieving naked woman who stole Juliette’s car; as it turns out, she belongs to a local group of radical nudists who run around naked robbing others of their possessions (usually their clothes) to stress the notion of our need to strip down to our “bare essentials.” Clearly, Pierre’s plate is full. Maybe he could stand to empty it a bit. 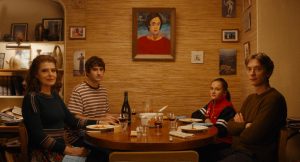 Besides the responsibilities of his job, French Police Captain Pierre Perdrix (Swann Arlaud, right) must deal with the issues of his needy family, including his mother Thérèse (Fanny Ardant, left), his brother Ju Ju (Nicolas Maury, second from left) and his niece Marion (Patience Munchenbach, second from right), in the offbeat new romantic comedy, “The Bare Necessity” (“Perdrix”). Photo courtesy of UniFrance.

And that, it seems, may be why Pierre finds himself growing progressively more intrigued by Juliette as he spends more time with her. He’s taken with her sense of free-spiritedness, because it’s something he lacks and could certainly use in his life. He also appears to grow increasingly infatuated with her, especially when he takes steps to loosen the shackles that hold him back. But will he truly let go of what’s weighing him down? Can he detach from the neediness of his family, his co-workers and his community? That remains to be seen.

When we seek to change our lives, we often recognize the need, but not necessarily the means, to accomplish it. Because of that, we need some kind of inspiration to get the process started, to provide us with clues and show us the way. Without it, we’re likely to stay stuck where we are, dissatisfied and unfulfilled.

So it is for Pierre. He claims to be satisfied with his life, but is he really? There is plenty of evidence to the contrary, yet he doesn’t seem to know how to get off the dime – that is, until circumstances around him begin to take a different turn. Those influences plant seeds to initiate change. But, in actuality, the inspiration to launch that effort began with him, even if he didn’t recognize that fact. It first appeared in his thoughts, beliefs and intents, the building blocks of the conscious creation process, the philosophy that maintains we draw upon these tools in shaping the reality we experience. And now that he has drawn these inspirational manifestations into his life, they can begin to do their work to encourage their creator to begin moving his life in a new direction. 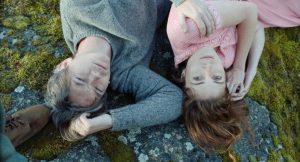 So just what are those influences? For starters, there are the radical nudists, advocates for stripping away what we don’t need and getting back to basics. The naked rebels may not have impacted Pierre personally, but, since he’s the local police captain, he has an awareness of their presence through his investigations of their alleged crimes. That places them and, more importantly, their ideology squarely on his radar. And, given that their core message is perfect for someone who needs to follow suit (even if not literally), this places Pierre in a position to take a cue from what they have to say.

Then there’s Juliette, whose approach to life echoes the radical nudists. But, since she has more direct contact with Pierre than the local disrobed warriors, Juliette has a greater opportunity to prompt the good captain into shifting his outlook and changing his life. Through his ongoing interaction with the unconventional nonconformist, he begins to see what’s weighing him down and holding him back. He comes to realize that he can’t solve the problems of others. In fact, and even more importantly, he recognizes that it’s not his responsibility to do so; that’s on them, and whether or not they choose to act on those questions is up to them, not him.

That’s important when one sees just how much Pierre has put his needs on the back burner to take care of others. For instance, since no one listens to his mother’s radio call-in show, he willingly phones the host to let her believe that people are actually listening. Then there are his self-absorbed co-workers, who seem to be more consumed with their respective hobbies than they are with doing police work, leaving him to handle most of the day-to-day operations while they pursue their personal interests. And, of course, there’s Juliette, who dumps all of her needs on him during the search for her missing car.

However, in Juliette’s case, there’s a different agenda at work. She may come across as helpless, but it’s also apparent she’s quite self-sufficient, especially in light of the fact that she’s been on her own since her teens. Her seeming neediness is designed to inspire Pierre into taking action to change his life – to annoyingly nudge him into placing his own concerns first for once, to stand up and proclaim “Enough already!” This is reinforced, albeit contrarily, by her often-cavalier attitude, showing Pierre just how to go about asserting himself. Her intent thus differs from the others in Pierre’s life, all of whom are willing to remain feeble, dependent upon him to take care of them. 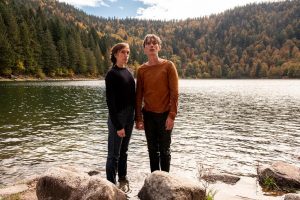 By eliminating such clutter from his life, Pierre has an opportunity to rid himself of what no longer serves him. It enables him to evolve as an individual, to assert his true self – steps aimed at giving him a more fulfilled life. When stripped of the needless flotsam, he can be the person he truly wants to be – and has probably wanted to be – for a long time. It’s indeed amazing what a little inspiration can do.

It should be noted that the influences here can work in reverse, too. Pierre’s stability, for example, rubs off on Juliette, who has essentially been running away from her past for years, both literally and figuratively. By claiming that she can take care of herself (except, of course, when her car gets stolen), she walls herself off from interacting with others. But is such isolation all it’s cracked up to be? Given her willingness to spend so much time with Pierre, despite her proclamations of independence to the contrary, it appears that she may be ready to stop running and settle down. So, just as she inspires Pierre to be less tied down, he, in turn, encourages her to take a closer look at the benefits of meaningful connection. One hand washes the other, and both benefit from the bargain. Maybe happily ever after is possible after all.

This quirky French romantic comedy about the mating dance of an unlikely duo takes viewers down a variety of unexpected paths, easily one of the film’s greatest strengths. Through the pair’s on-and-off exploits together, viewers meet the gendarme’s eccentric family and co-workers, as well as the community’s many colorful residents. And, as their various stories unfold, the picture serves up a variety of meditations on love and life, particularly in the areas of boundaries, holding on and letting go. While filmmaker Erwan Le Duc’s debut feature is sometimes a little too enamored with its own quirkiness, the film’s deadpan humor and off-the-wall narrative pleasantly tickle the funny bone with writing and directorial styles reminiscent of Woody Allen, Wes Anderson and David O. Russell, all with an absurdist French twist. Add to that gorgeous cinematography, and you’ve got a deliciously underrated cinematic delight. This offering may not appeal to everyone, but those who like their rom-coms with an unconventional edge will relish the wit and wisdom of this little-known release. The film has been available for limited first-run online streaming, though its online run may have ended in many areas, so searching for this title may take some work, but it’s an effort definitely worth it. 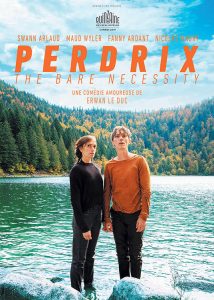 As most of us have probably found, it’s easy to allow our possessions to take on a life of their own. That includes not only our material goods, but also relationships, responsibilities and obligations that we have somehow allowed to attach to us and remain that way, even after they no longer serve a useful purpose. But, when we can see how eliminating them will enable us to streamline our lives and open up space for new, better and more fulfilling things to enter our existence, we’d be wise to jump at the chance and avail ourselves of it. The bare necessities of life might initially strike us as rather Spartan, but they also often provide us with the greatest satisfaction. And who can argue with that?