Try to think of a time in your life when you felt like you were perpetually confused. For some of us, that might come at almost any age. But, for those lacking the benefit of life experience, it most likely occurred at a time when we were still finding our way in the world – not when we were so young that we didn’t consciously think about such things but at a slightly later stage in our development when we earnestly began trying to understand our place in the realm of existence. If most of us were to apply that standard, that incessantly awkward, unceasingly confounding time probably came in our early teens, a time when we were no longer children but not quite adults, a time aptly depicted in writer-director Bo Burnham’s debut feature, the delightful and edgy new comedy-drama, “Eighth Grade.”

Kayla Day (Elsie Fisher) walks through life lost. The 13-year-old is on the verge of completing middle school and preparing for high school. She desperately seeks to carve out a niche for herself, but her efforts never quite seem to work out the way she would like. As a sensitive but shy wallflower type, Kayla bravely tries to put herself out there, pursuing such undertakings as recording heartfelt but nervously meandering advice videos for her own online TV channel. She forces herself to try and make friends with others, but she’s often met with disdain from the supposedly cool kids, who constantly look down on her, or indifference from the junior high hunks, who only self-servingly see her as a prospect for a quick score. And, to complicate matters, she must also contend with the stress-inducing anxieties of “the new normal,” such as participating in active shooter drills at school, something those of us a little further on in years never had to deal with when we were that age. What’s a contemporary girl to do? 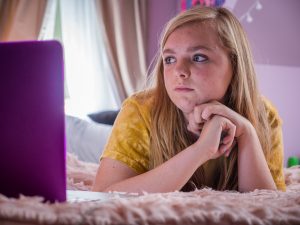 Teenager Kayla Day (Elsie Fisher) seeks to make a name for herself by recording advice videos for her own online TV channel in the delightful and edgy new comedy-drama, “Eighth Grade.” Photo by Linda Kallerus, courtesy of A24.

“Eighth Grade” follows Kayla through the trials and tribulations of navigating this reality, as seen through such incidents as her reluctant attendance at a birthday party for a severe, cliquey diva (Catherine Oliviere) and her first time in the back seat of a car with a boy (Daniel Zolghadri), one whose intentions are less than honorable. Viewers witness her various ways of coping, from proactive steps, like making lists of what she hopes to achieve, to desperate measures, such as unwittingly succumbing to a bout of hyperventilation. She’s obviously doing the best she can under the circumstances, but it’s far from easy, especially since she lacks the experience to know how to respond.

This is not to say that Kayla’s all on her own. She has a staunch supporter in her father, Mark (Josh Hamilton), a somewhat goofy, always well-meaning, supremely loving single parent who’s awed by her moxie and her willingness to put her feet to the fire, a courageous streak that she doesn’t always recognize in herself but that make it easy for dad to give her a long leash. She also befriends an older peer, Olivia (Emily Robinson), a bubbly mentor whom she meets while attending a high school orientation program. But, again, given Kayla’s inexperience in knowing who to trust and what advice to embrace, she often founders about, trying to figure out what to do and which guidance she should take to heart. 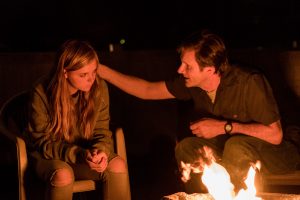 One can’t help but feel for Kayla. Those of us a little long in the tooth know what it means to go through such ordeals. Even though some of them may seem comparatively trivial to those of us who left such problems behind long ago, we may nevertheless have sweat bullets about them when we went through them, even if we have subsequently lost sight of how truly traumatizing they can be. Kayla’s story reminds us of the anguish our younger kindreds can experience as they work their way through their own personal learning curves – and of the need to show them compassion during such a crucially formative transition.

When we go through adolescence, most of us probably ask ourselves, “Why must it be so difficult?” That’s a reasonable inquiry, even if we subsequently discover that the issues we face at that time of life often pale by comparison to those we must address later on. However, were it not for those early life challenges, would we be adequately prepared for tackling those problems that we’re presented with down the road? In essence, we’re subjected to – or, more precisely, we allow ourselves, albeit unwittingly, to be subjected to – those circumstances to hone our problem solving skills.

This is all made possible by the beliefs we hold about our existence, the building blocks that shape our reality through the conscious creation process, the means by which we bring our world into being. We may not always be aware of what beliefs we hold or why we maintain them (as is the case with Kayla and her peers), but we can rest assured there are often valid reasons behind them in aiding our personal growth and development. 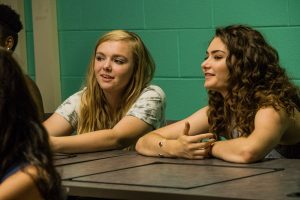 As conscious creation practitioners are well aware, pushing past limitations is one of the chief aims of this philosophy, and what better way to achieve this task than by problem solving. The creation of challenges forces us to look for inventive ways to resolve them, and those that we manifest during our teen years provide us with a suitable proving ground to test our skills. Given the general lack of life experience many of us have when moving into such uncharted waters, the tasks at hand might seem daunting, perhaps even insurmountable. However, under these circumstances, it also becomes readily apparent that they aren’t going away, either, so we’re usually pushed into dealing with them, no matter what.

These are the conditions that bring out the creative problem solvers in us. We have to come up with solutions, because the problems simply won’t let us get away from them. As a consequence, we implement our innovative selves to come up with ways to address these issues. Such experiences usually prove invaluable, because not only do they resolve the challenges at hand, but they also give us an opportunity to develop a basic skill that we can adapt and apply to other issues that arise down the road. This enables us to formulate increasingly sophisticated, insightful and creative beliefs for materializing all manner of solutions and manifestations aimed at realizing the satisfaction and fulfillment we seek out of life. And to think it all begins with something as simple as figuring out how to cope with the world-weary trials and tribulations of adolescence. 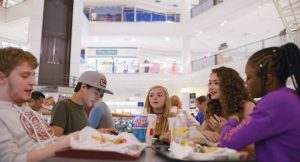 Thanks to the film’s masterfully written script, “Eighth Grade” effectively embodies a certain universality of what it’s like to go through that stage of life. What’s more, given its contemporary time frame, it also captures the ever-changing unease that all of us may experience these days, regardless of our age, as we attempt to cope with the constantly shifting sands of prevailing conditions beneath our feet. Considering the foregoing, these twin truths give us pause to contemplate what it must be like for someone Kayla’s age to be experiencing them simultaneously, a prospect many of us probably wouldn’t envy once we think about it.

Burnham’s initial feature effort is a flat-out winner. Despite a slight tendency toward being episodic, this insightful look at growing up at an ungainly time in one’s life at an unnerving time in history wins the day with incisive humor and an ever-present though reluctantly acknowledged edginess that speaks plainly to viewers of any age. Newcomer Fisher delivers a knock-out performance as a 13-year-old playing a 13-year-old, backed by a terrific ensemble of supporting characters who help to bring out the best in her portrayal. In all, you won’t regret your time at the theater with this one. 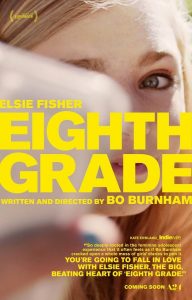 Finding our way in life can be challenging at any age but especially so when we lack the wits to know what to do – and discovering that the only effective way to amass those coping mechanisms is to go through the experiences that provide them, difficult though they may be. We can only hope we succeed in our efforts.