‘Bernadette’ examines the compulsion to create

Some of us just have to create. The compulsion is so strong that we can’t ignore it, as if it’s an itch that must be scratched. And, if that need goes unfulfilled, it can drive us crazy – literally. So it is for an exceptionally talented woman on the brink in the offbeat new comedy-drama, “Where’d You Go, Bernadette.”

Bernadette Fox (Cate Blanchett) leads a rather unusual life. The eccentric middle-aged Seattle wife and mother spends most of her time tending to her family, husband Elgie (Billy Crudup), a high-level Microsoft engineer, and teenage daughter Bee (Emma Nelson), an intelligent, multi-talented adolescent. Bee is so gifted, in fact, that her excellent grades all throughout middle school earned her a reward of her choice, a promise made to her by her parents. And, as the ambitious, adventurous sort that she is, Bee chose big: a family vacation to Antarctica. 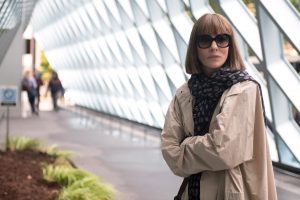 Reclusive Seattle housewife Bernadette Fox (Cate Blanchett) hides out from others – and herself – in the offbeat new comedy-drama, “Where’d You Go, Bernadette.” Photo courtesy of Annapurna Pictures.

Bee’s choice, needless to say, comes as something of a surprise, more than what her parents expected. The prospect is especially daunting for Bernadette, given that she’s something of a neurotic recluse. She suffers from severe insomnia and is noticeably uncomfortable around people other than her family. She particularly cringes when having to deal with her nosy, persnickety neighbor, Audrey (Kristin Wiig), who’s managed to elevate political correctness to an art form. Because of these issues, Bernadette seldom leaves home. She doesn’t work (even though she once did as a brilliant, innovative architect), instead devoting much of her time and attention to the renovation of the family’s vintage manor house, a project that sometimes seems more trouble than it’s worth. And now that she’s facing the possibility of having to travel far outside of her comfort zone to a strange land on an excursion where she’ll be among throngs of strangers, she’s more high strung than ever. She doesn’t want to disappoint Bee, but she’s far from certain that she’ll be able to comply with her daughter’s wishes.

As Bernadette attempts to prepare for the trip, her behavior becomes even more unpredictable. She’s accused of being responsible for inflicting injury to Audrey and causing extensive damage to her property. She’s suspected of seeking to acquire dangerous prescription drugs through her physician, strong medication that she claims she needs to help her cope with the extreme sea sickness she anticipates suffering aboard the ship she’ll be taking to Antarctica. And she becomes embroiled in an FBI investigation involving foreign hackers who’ve infiltrated her virtual assistant in an attempt to steal her identity. What’s going on here?

Elgie is naturally concerned, so much so that he believes it’s time for an intervention with a psychiatrist, Dr. Kurtz (Judy Greer). The duo thinks it may be time for Bernadette to check herself into a mental health facility to find out what’s really going on. And, as her story unfolds, there are hints as to what might be wrong. But will Bernadette cooperate in this effort? She initially seems reluctantly willing to go along with the recommendation – that is, until she makes a hasty exit out of a bathroom window, disappearing into the outside world, not to be seen, prompting everyone to ask the question that gives this film its title. 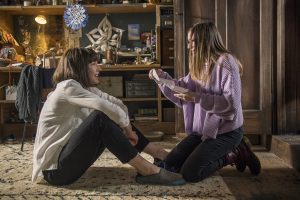 Bernadette’s bizarre behavior poses a major puzzle to those who care about her. Those who have known her for a long time are truly baffled. They can’t help but ask, “How did someone who once had it all together slip into such a state of personal disarray?” What’s more, given that it appears matters are only getting worse, worried onlookers can’t help but wonder where things will go from here.

To unravel this situation, everyone involved – most notably Bernadette herself – must determine the elements driving such strange conduct. And a good starting point for this is a thorough examination of her beliefs, the foundation of the conscious creation process, the philosophy that maintains we draw upon these tools for manifesting the reality we experience. Clearly, though, she has her work cut out for herself.

A key word in undertaking this analysis is “creation.” What does it mean to her? Many would argue that, given Bernadette’s life of late, she’s not really creating very much. To be sure, she has cultivated a strong relationship with Bee, whom she positively adores. But, beyond that, what does she have to show for her time and effort?

That lack of creative output is surprising, too, given Bernadette’s background. Twenty years earlier when she was living in Los Angeles, Bernadette was a legendary architect, having come up with inventive designs not only for her structures, but also for many of their internal elements, such as inspired furniture creations. She became one of the leading women in her field, even capturing a prestigious MacArthur Grant. She was sought after for her revolutionary thinking, daring to design and construct buildings that no one else could even begin to envision. 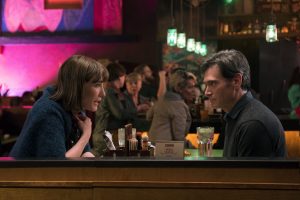 All of this comes out through an obscure but revealing online video about her career, as well as a lengthy chance conversation with one of her former architecture associates, Paul Jellinek (Laurence Fishburne). But, despite her impressive track record, all of a sudden, she mysteriously dropped out of sight. She abandoned her career, attempting nothing more noteworthy than the renovation of the family residence, an uphill battle for which maintaining her enthusiasm is often quite a challenge. Why did she vanish?

To say more would reveal too much. However, suffice it to say that, considering Bernadette’s boundless capacity for creativity, there can be tremendous consequences when a talent like that becomes stifled. And, as becomes apparent, that suppression stems directly from events of her past and the beliefs that stemmed from them, most notably a lack of desire to create in the face of plans going awry or becoming distorted. When this happens, it becomes all too easy to embrace the belief “Why bother?” At the same time, though, when one’s creative impulse is curtailed, even when seemingly undercut by countervailing futility-based beliefs, it nevertheless seeks to become unleashed, like a wild mustang seeking to break out of a holding pen.

That’s where Bernadette is at, and it’s a belief conundrum that impacts her creation efforts in all areas of her life, not just in her talents as an architect. But her inability to see and grasp this problem, as well as her blindness to finding an effective solution, have her stuck in place and quickly sinking into a morass of frustration of her own making. When a creative sort wants to create and can’t, fewer situations are more maddening. If Bernadette hopes to get her life back on track, not to mention save her sanity, she’ll need to clearly see these circumstances for what they are – and find a way to fix them. 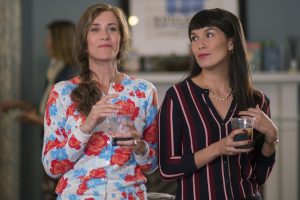 Should she do this, however, the results can be miraculous. Recharging our creative batteries by implementing beliefs that enable this can produce powerfully rejuvenating outcomes, not only in the tangible manifestations they yield, but also in the outlook of the creator. Such an effort can wipe away the frustration that blocks our creative output while restoring stability to our overall thought processes, especially when it comes to forming and understanding our materialization beliefs and our prevailing general outlook. Imagine what such a change could do for someone like Bernadette.

The importance of all this goes beyond just coming up with pretty things to look at. It can also have significant impact on one’s overarching psychological health, particularly for those who are meant to create. For some individuals, like Bernadette, creativity is their calling, their destiny, their value fulfillment (as conscious creators call it). But, when such impulses become chronically obstructed, the result can be more than just a temporary case of artist’s block; it can become something more debilitating, a condition that has far-reaching ramifications not unlike those seen in this story. To avoid that, we had better make sure we keep the creativity flowing – and as abundantly as possible. 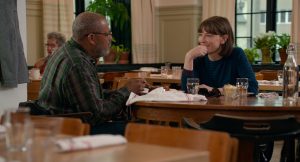 A stroll down memory lane between former architect Bernadette Fox (Cate Blanchett, right) and onetime colleague Paul Jellinek (Laurence Fishburne, left) stirs up some fond recollections and more than a few ghosts of the past as seen in “Where’d You Go, Bernadette.” Photo courtesy of Annapurna Pictures.

While somewhat ambling in its approach, this offbeat comedy-drama nevertheless delves into a number of profound notions, especially in the areas of creativity and fulfillment and what can happen when they aren’t satisfied. Blanchett and newcomer Nelson deliver fine performances as an outspoken and unusual mother-daughter duo in a quirky tale that’s sporadically overwritten and sometimes verges on losing control of the room. Based on the best-selling novel of the same name, director Richard Linklater’s latest is far from perfect (or even adequately developed for that matter), but it’s certainly not the unmitigated train wreck that some have made it out to be. The overall uplifting tone of someone clawing her way back from the edge is indeed inspiring, especially to anyone who has seemingly lost hope that it can happen.

Creativity in general (and conscious creation in particular) is like a muscle – the more we use it, the stronger it gets. By contrast, if we fail to draw on it, we can run into a serious case of atrophy, making it especially difficult to get back on track if it falls into disuse. As Bernadette’s experience shows, the consequences of that can be far greater than just not producing one’s latest novel or painting; it can affect our very survival. But, then, if we all essentially live to create, there’d be no survival without it. 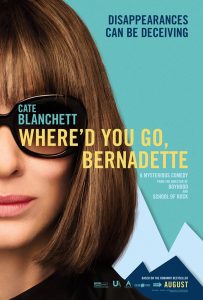